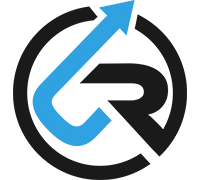 I think we should talk about something that is really important……..COFFEE. If you are like me …a coffee snob if you will, I figured we’d talk about our love for this tasty beverage and its origin along with all the different way you can brew it.

First things first..where did coffee come from? Where did it begin? If you already know the answer…dope..if not then check this out!

Coffee actually has a ton of different tales of how it is originated but a BIG one is the story of Kaldi, an Ethiopian herder. Sources say “Kaldi discovered coffee after he noticed that after eating the berries from a certain tree, his goats became so energetic that they did not want to sleep at night.

Kaldi reported his findings to the abbot of the local monastery, who made a drink with the berries and found that it kept him alert through the long hours of evening prayer. The abbot shared his discovery with the other monks at the monastery, and knowledge of the energizing berries began to spread.

As word moved east and coffee reached the Arabian peninsula, it began a journey which would bring these beans across the globe.” it was this pivotal moment that I need to give thanks to Kaldi for..because without him , none of us would be able to enjoy this tasty beverage.

Going back to the Arabian peninsula, cultivation and trade began and around the 15th and 16th century spread across Persia, Egypt, Syria, and Turkey. Through traveling and trade coffee eventually made its way to Europe around the 17th century.

By the mid-17th century, there were over 300 coffee houses in London, many of which attracted like-minded patrons, including merchants, shippers, brokers and artists. Many businesses grew out of these specialized coffee houses. Lloyd’s of London, for example, came into existence at the Edward Lloyd’s Coffee House.

Eventually, coffee was brought to New Amsterdam, later called New York by the British. Though coffee houses rapidly began to appear, tea continued to be the favored drink in the New World until 1773, when the colonists revolted against a heavy tax on tea imposed by King George III. The revolt, known as the Boston Tea Party, would forever change the American drinking preference to coffee.

Obviously this is the abridged version of Coffee’s origin but at least you get some idea!

Let’s talk about some different type of brewing styles!

The good stuff. Espresso is prepared by pushing hot water through a layer of compacted ground coffee, contained in a port-filter. Espresso is a very concentrated coffee, with a lot of body, aroma, and flavor. It contains a lot of coffee oils and solids. The most distinctive features of espresso are the foamy layer on top, and the low volume of the drink.

Turkish coffee is the method of infusing finely ground coffee in nearly boiling water. What is very specific to Turkish brewing method is the grind size which is the finest possible, almost a powder. There are no electrical Turkish coffee grinding machines for the residential use, but the manual mills work perfectly. Turkish coffee has the fullest body of all brewing methods. If you like clear coffee, stay away from it.

Drip coffee or filter coffee is the most popular preparing method in North America. The method involves pouring hot water over ground coffee beans. The brew is strained with a paper filter, or a metal or plastic mesh. The coffee from a drip brewer is clear and clean, with a high ratio of caffeine extracted per spoon of ground coffee. The brew is good, if you use a good coffee machine, but it’s only average with cheap equipment. Pour-over devices can compete with high end coffee makers such as Technivorm or Bonavita, in terms of taste and aroma.

French press, or press pot, is a very simple coffee brewing device with a beaker and a plunger/filter. The preparing technique consists in pouring hot water over coffee grinds and let it steep for a few minutes. After the steeping is over the plunger/ filter is pressed down, to separate the grinds. French press coffee has a medium body, less than espresso but more dense than drip. The aroma and flavor of a press pot coffee are intense, and the method it is gaining more and more popularity.

Cold brew is the favorite way of preparing coffee for people with stomach problems. If regular, hot, coffee brews upset your stomach, cold brew is definitely your choice. The brewing method implies steeping coffee grinds for extended periods of time, (12 to 36 hours), then straining it and serving it cold or hot. Because it takes so long to brew, people prepare large batches and store it in the fridge for several days.

Well guys, I hope this help shed a little light on one of the greatest beverages on earth. My goal is that you hopefully learned something new about it. If your passionate about coffee like I am, I always encourage doing a little research on it. One of my favorite books of all time is Uncommon Grounds by Mark Pendergrast. It is literally how coffee came to be and how it shaped the modern world.

One of my biggest goals in life is to travel around the globe and try all the different types of coffee it has to offer!